Tran Dynasty, (1225–1400), rulers of a kingdom that successfully defended Vietnam from the Mongol armies and continued Vietnamese penetration southward down the Indochinese peninsula.

The Tran dynasty replaced the Later Ly dynasty (1009–1225), which started the process of Vietnamese expansion south from the Red River region at the expense of the Indianized kingdom of Champa. Shortly thereafter, Indochina was invaded by a Mongol army under the great conqueror Kublai Khan. The Tran dynastic capital at Hanoi was sacked in 1257, but the Tran rulers repulsed this first Mongol invasion; and a united Vietnam-Champa effort repelled second and third Mongol invasions in 1284 and 1287. After the elimination of the Mongol threat, the Tran resumed pressure on Champa; in 1312 the Tran monarch Tran Anh Ton invaded Champa, captured its king, and made the country into a subject state. 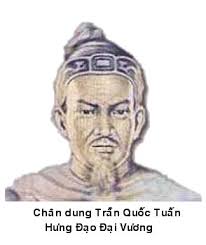 Champa temporarily regained its independence in 1326 and, under its great king Che Bong Nga (reigned 1360–90), even recovered its lost provinces. But, after Che’s death, the Tran reconquered the country, moving their capital southward from Hanoi to Thanh Hoa in 1398 to reflect the shift in their territory. In 1400, however, a discontented general seized the Tran throne. Tran partisans called in aid from the Chinese, who occupied the country. Not until 1428 were the Chinese driven out and a new native dynasty restored.